Analysis: What Liz Cheney has figured out about Donald Trump and 2024 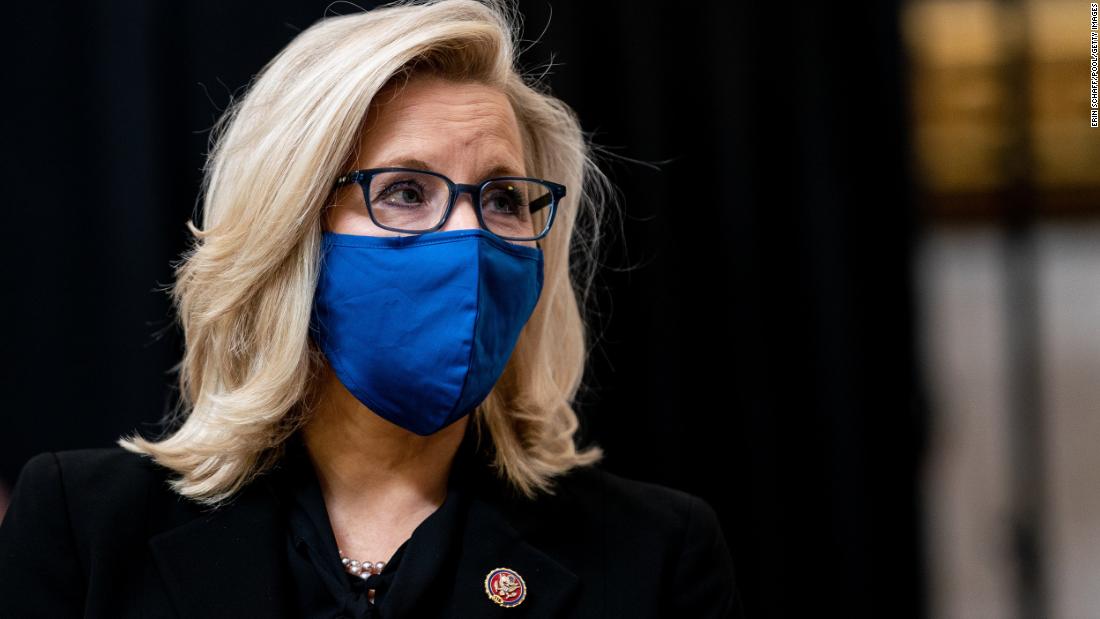 Which created an entire news cycle — in which we are still living — about how Cheney, the third-ranking Republican in House leadership, was one of the only elected Republican officials willing to speak out in opposition to the former President.
And how her outspokenness about Trump could cost her in 2022 as he works to primary her, which the ex-President added to with this statement released Wednesday night: “She is so far down in Wyoming polls that the only way she can win is numerous candidates running against her and splitting the vote. Hopefully, that won’t happen. I’ll make an Endorsement soon!”
That is all interesting! But it’s also not surprising. Cheney’s vote to impeach Trump over his actions (and lack thereof) on January 6 — and the statement she issued to explain the vote — established her as a leading establishment voice opposed to Trump’s ongoing influence within the Republican Party. And Trump’s desire to exact revenge on anyone who dares to criticize him is the stuff of legend.
The real storyline here isn’t either of those two things, however. It’s this: Why is Cheney a lone voice in the wilderness when it comes to not wanting Trump to run again and not being willing to back him if he does? If not for principled reasons, then for political ones? As in, it’s hard to see how Trump could possibly win a majority of the vote in the country if he was the Republican presidential nominee in 2024.
Consider this: The worst possible situation for a politician is to be a) totally known and b) broadly disliked.
Which is exactly where Trump finds himself at this moment. Trump is universally known by voters in the country but just 34% of Americans approve of the job he did as president, according to the final Gallup poll of his presidency, which was conducted from January 4-January 15. In that same poll, just 4% of self-identified Democrats and 30% of independents said they approved of how Trump had handled the office.

Now, that poll was in the field during the darkest day of the Trump presidency — the January 6 riot at the US Capitol. And it also captured the fallout from Trump’s initial incitement of the crowd and then his slow reaction to the violence playing out once the Capitol was breached. Which means that the Gallup number likely caught Trump at his lowest possible ebb (or close to it).
But even so, it’s very hard to imagine how Trump doesn’t remain deeply damaged goods to the general electorate in 2024. Democrats — even many moderate and conservative ones — will NEVER consider voting for him because of his actions in office, all of which culminated with January 6 and its aftermath. And it’s almost as hard to imagine how independents, who tend to be swayed by the mood of the country and the economy, would opt for Trump amid what is almost certain to be a boom time in the country — economically and otherwise — following the battle against the Covid-19 virus.
Given all of that, it seems to me that the most politically savvy course of action for Republicans — like Cheney — with an eye on winning back the White House in 2024 would be to support literally anyone other than Trump for the nomination.
Because of all the people mentioned — from Arkansas Sen. Tom Cotton to Maryland Gov. Larry Hogan and back — have a more solvable political problem than Trump. None of them are as well-known or as broadly disliked by the general electorate. All of them would have the chance over the next few years to introduce themselves to voters and/or change some negative perceptions that may exist about them.
Trump can’t do either of those things. Views on him are cemented in voters’ minds. And he has shown zero ability (or willingness) to change the way in which he carries himself in the public eye (although, at this point, I don’t think if Trump suddenly turned over a new leaf as a consensus builder it would change how anyone thought of him anyway).
So, why is Cheney on an island in seeing how little Trump has of winning — when compared to the rest of the 2024 aspirants? Well, she isn’t. She’s just the only one (or one of the only ones) willing to say it. Because the paradox of Trump is that while he is utterly damaged in a general election, he may well be unbeatable in a Republican presidential primary. Which is why the likes of former South Carolina Gov. Nikki Haley ruled out running in 2024 if Trump is in the race because, well, what’s the point?
Fear remains the dominant emotion when it comes to how Republican elected officials view Trump. And it’s that fear that could well relegate them to a near-certain second Trump loss in 2024 unless they find some political courage between now and then.