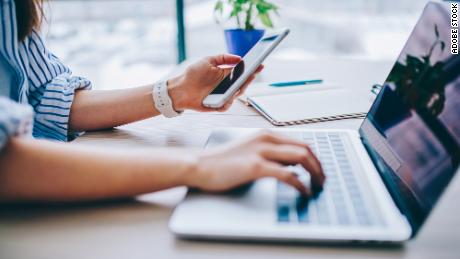 Analysis: YouTube is the Russian opposition's lifeline. It's also keeping them down.

Apadana Central
7 min read
A version of this story appeared in CNN’s What Matters newsletter. To get it in your inbox, sign up for free here.
After years writing about the spread of misinformation in the US, which is often via platforms like YouTube and at times as a result of Russian election interference, it was jarring to hear that YouTube is the Russian opposition’s lifeline to the truth.
I spoke to Maria Pevchikh, head of investigations for Russian opposition leader Alexey Navalny’s Anti-Corruption Foundation, about their efforts to get truthful information back into Russia.
Unlike some other platforms, YouTube has not yet been blocked by the Russian government, and it is also available to Russians who access the internet with virtual private network, or VPN, connections.
A channel Pevchikh and her colleagues set up to cover the war in Ukraine has seen rapid growth from Russians who want to know more, she said.
When I pointed out that dichotomy — that in the US, YouTube is just as often accused of spreading false information — she said it’s one of the few ways her organization and others can get around the state-run propaganda machine that dominates more traditional media.
“YouTube predominantly is the source of the actually not fake news or the actual real news,” Pevchikh said.
That does not mean Pevchikh and Navalny, who is in a Russian penal colony, are happy with YouTube and its parent company, Google.
Navalny wrote in a recent 31-tweet thread posted on Twitter that it is Google’s corporate decision to stop selling ads in Russia that is hurting the opposition movement’s ability to reach additional eyeballs.
Here are excerpts of the Twitter thread, translated from Russian by Google:
No comment. Neither Google nor YouTube responded directly to Navalny’s request that ads be reinstated.
But the request may not be as simple as Navalny makes it sound. Google also has a policy that prohibits ads that capitalize on sensitive events, such as the war in Ukraine.
What YouTube is doing. A spokesperson for YouTube pointed me toward the decision in March to pause YouTube ads in Russia.
At the same time, YouTube announced it would block content from Russian state media outlets like RT and Sputnik across Europe and the rest of the world, including in Russia. YouTube also argues its systems are directing people on the platform to more trusted news sources. Read YouTube’s Twitter thread.
There’s a difference between allowing monetization, as Navalny wants, and enabling access to content.
Access is a many-way street. Russia has blocked Facebook and Twitter and restricted access to Google News, although many Russians find their way around these restrictions with VPN connections.
Reports of threats against tech execs. The Washington Post reported in March that Russia-based executives for Apple and Google had been threatened in September by Russian agents, and the companies subsequently removed an app intended to help Russians lodge protest votes against Putin during a legislative election.
And two of the world’s largest internet service providers — Lumen Technologies and Cogent Communications, which provide critical internet infrastructure to Russia — announced their plans in March to sever ties with the country, citing fear of cyberattacks against the West emanating from Russia. But the end result is also difficulty for everyday Russians accessing the internet.
Struggling to stay connected. Natalia Krapiva is the tech-legal counsel for Access Now, a group that pushes for digital rights around the world. She told me her group has fielded complaints from Russian independent media, nongovernmental organizations, activists and human rights organizations that are all trying to figure out how to stay online and connected.
Unplugging independent voices. She mentioned companies like Slack, the communication platform, and Mailchimp, the newsletter and website company, that are pulling out of Russia and thereby unplugging human rights and independent media organizations.
A Slack spokesperson declined to comment for this story. The company has previously pointed to international sanctions against Russia as a reason for its exit.
Mailchimp will keep some Russia accounts. A spokesperson for Mailchimp said that while the organization stands by its prior decision to suspend all accounts in Russia, it is now making exceptions.
“We recognize that many individuals and organizations within Russia oppose the war and share our values, including some of our customers affected by this policy,” the company said in a statement, which adds that Mailchimp now has a “process for evaluating and reinstating select accounts, including independent news organizations, civil rights, and similar groups.”
It would not offer specifics on which or how many accounts have been reinstated.
Larger fears about losing access. One group that uses Slack and was cut off from Mailchimp is OVD-Info, an independent human rights group that has sought to use technology to document Russia’s arrests of protesters after the outbreak of the war in Ukraine. CNN has repeatedly linked to its work.
Its co-founder, Daniel Beilinson, told me his real worry is that Russia loses access to the internet and the outside world.
“It’s an information flow between Russia and the world,” he said. “It is really important for the Russians who want to receive independent information, but also for the other countries who want to understand what’s happening inside Russia.”
An exception to the sanctions. In early April, the US Treasury Department, after lobbying from groups like Access Now, carved out an exception to US sanctions for companies that provide internet and telecommunications within Russia.
“Putin’s goal is to isolate the people, leave them one-on-one with the propaganda, cut off all alternative information and to suppress all independent voices,” Krapiva said. “And by cutting off internet services, we help him.”
“Splinternet” or a “digital Iron Curtain.” Repressive governments love the idea of easily restricting access to the internet. Iran, which has moved to centralize control over the internet as it has dealt with years of sanctions, was able to essentially hit a kill switch to disconnect its population and stifle protests in 2019.

Russia and China, the biggest authoritarian powers, have both moved to exert more control over the internet, a process that could lead to a less open internet. Some people refer to that bleaker future as a “splinternet.”
CNN’s Rishi Iyengar has written about Russia’s effort to wall the country off from the open internet as a “digital Iron Curtain.” The US government, in a throwback to the Cold War, is working hard to find ways around it.
Iyengar has also written about how Russia lacks the technical know-how to completely cut itself off from Western technology.
Appetite for independent information. CNN’s Brian Fung has written about how Russians are finding ways around Putin’s clampdown on information.
The CEO of the US-based web security company Cloudflare, Matthew Prince, documented in an April blog post that while the rest of the world continues to be most interested in downloading gaming and social media apps, Russians were downloading VPN tools for private and secure internet access to get around government blocks.
Cloudflare also charted increased traffic from Russia to US, French and British news outlets, although it did not specify which ones.
Internet neutrality. A US-based organization, the Internet Corporation for Assigned Names and Numbers, is one of many that helps facilitate the backbone of the internet, and has rejected Ukraine’s calls to cut Russia’s access to the global internet.
“Within our mission, we maintain neutrality and act in support of the global Internet,” Göran Marby, CEO of ICANN, wrote in a March letter responding to officials in Ukraine. Read more about ICANN.
Cloudflare also rejected calls to exit Russia.
“Our conclusion, in consultation with (government and civil society) experts, is that Russia needs more Internet access, not less,” Prince wrote in a March blog post.