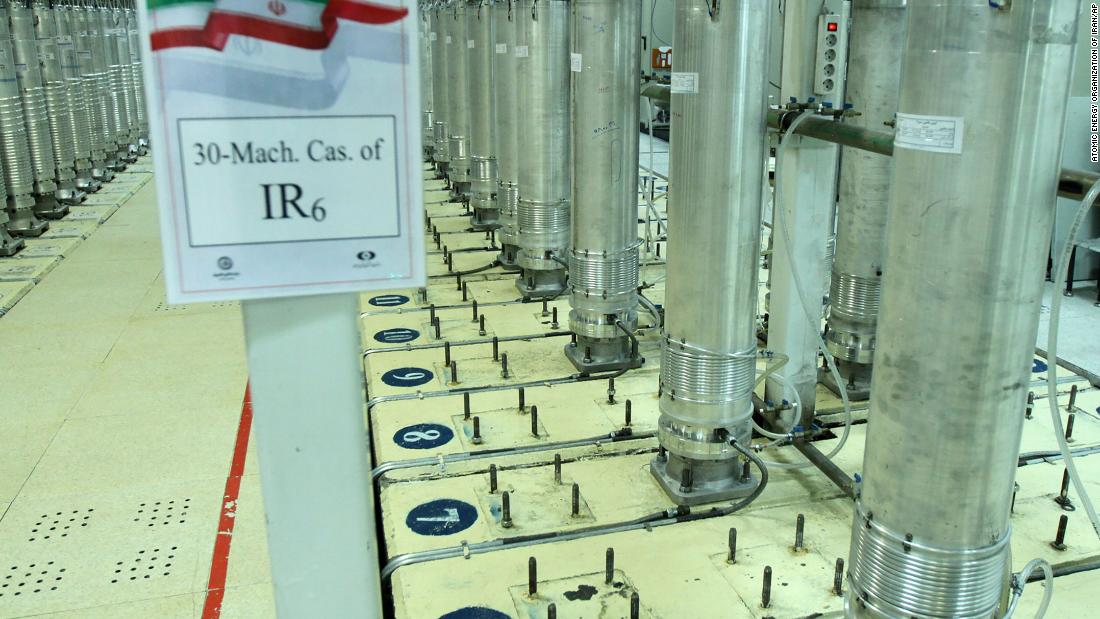 “We do not support, and do not think it’s at all helpful, that Iran is saying it’s going to move to enrich to 60%. It is contrary to the agreement,” Biden said during a news conference in the Rose Garden.
“We are, though, nonetheless, pleased that Iran has continued to agree to engage in discussions, indirect discussions with us and with our partners on how we move forward, and what is needed to allow us to move back into the (Iran deal) so we’re part of it again … without us making concessions we’re just not willing to make.” Biden added.
Earlier this week, Iran’s deputy foreign minister and a top nuclear negotiator Abbas Araghchi told state-run Press TV that the International Atomic Energy Organization (IAEA) had been informed of Tehran’s decision to ramp up enrichment to 60% purity, a big step up from the current 20% purity levels.
The announcement came just days after a blackout at Iran’s Natanz nuclear site, an underground facility where uranium enrichment takes place. Iranian Foreign Minister Mohammad Javad Zarif accused Israel of sabotaging the facility and vowed to take revenge.
The decision pushes Iran closer to reaching the 90% enrichment level that is considered weapons-grade. Iran has continually denied it intends to assemble nuclear weapons.
Biden said on Friday he thinks it is premature to make a judgment as to what the outcome of the talks will be, but the countries are still talking.