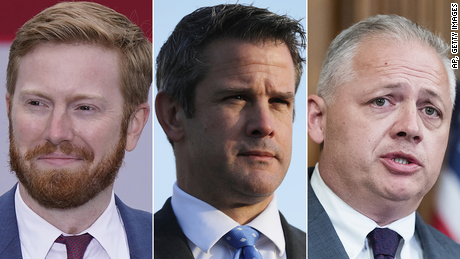 Apadana Central
6 min read
The findings, which are detailed in a report produced by the Soufan Center, suggest “that foreign states are utilizing the QAnon conspiracy theory to sow societal discord and even compromise legitimate political processes,” the independent non-profit group, which is focused on global security, said in a press release.

US officials are keenly aware that state-backed actors from countries like Russia have been amplifying QAnon messaging and federal agencies are investigating that foreign nexus as part of a broader effort to address the threat posed by domestic extremists in the wake of January 6, multiple sources told CNN.
FBI Director Christopher Wray reiterated last week that the bureau is not looking into the QAnon movement “in its own right” but tracking how foreign actors are amplifying the conspiracy theory is one of the few areas US officials have been able to explore in an otherwise limited investigative effort.
Sources previously told CNN Russia has been pushing QAnon narratives as part of its long-standing disinformation campaign targeting the US, but Monday’s report reveals new evidence that China, Iran and Saudi Arabia have also engaged in similar activity as recently as this year.
“Our data collection and analysis has demonstrated that QAnon has been weaponized by America’s adversaries,” according to Zach Schwitzky, founder of a research company that partnered with the Soufan Center to produce the report. “Actors from Russia, China, Iran, and Saudi Arabia have all entered the fray amplifying QAnon messaging, most likely as a means to sow further discord and division among the American population.”
The findings were first reported by Yahoo News.

While the QAnon movement is widely believed to have originated within the US, the report notes that these foreign actors were incredibly active in pushing the conspiracy theory in late 2020 and during the first two months of this year.
“In both 2020 and for the first two months of 2021, almost one-fifth of all QAnon posts on Facebook originated from administrators overseas,” the report states.
While the report found that Russian actors were behind the majority of this activity last year, it says China emerged as “the primary foreign actor touting QAnon-narratives online” in 2021, timing that coincides with Beijing’s ramp up of disinformation efforts targeting the US more broadly. 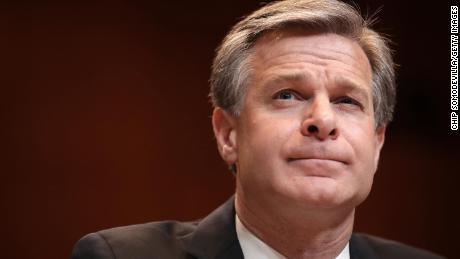 “Russia, Saudi Arabia, and Iran also contribute to amplifying the QAnon conspiracy theory online to reach a broader audience,” the report adds. “Such activity blurs the line between domestic and foreign disinformation, representing a significant challenge for the U.S. government and international action.”
That problem is compounded by the fact that QAnon “has the potential to incite more acts of violence in the foreseeable future,” according to the report, an assessment that echoes concerns raised by officials from various federal agencies, including the FBI, Department of Homeland Security and elements of the intelligence community.
Those fears are directly linked to how the QAnon conspiracy theory “generates a process of radicalization and violence similar to that fueling other violent extremist movements, including the so-called Islamic State,” the report states.
There is a “cognitive opening among the US population that can be manipulated by violent extremist groups and recruiters in support of the QAnon movement,” it adds, noting that foreign actors are also seeking to capitalize on this vulnerability as well.
“These findings suggests the QAnon conspiracy theory has the potential to serve as a force multiplier for domestic violent extremism (DVE), including racially and ethnically motivated violent extremists (REMVEs) who are already seeking to recruit them into their ranks,” it says.

Frequently described as a virtual cult, QAnon is a sprawling far-right conspiracy theory that promotes the absurd and false claim that former President Donald Trump has been locked in a battle against a shadowy cabal of Satan-worshipping pedophiles made up of prominent Democratic politicians and liberal celebrities.
Members of the violent pro-Trump mob that stormed the Capitol had ties to QAnon, and the conspiracy theory has made its way from online message boards into the political mainstream in recent years. 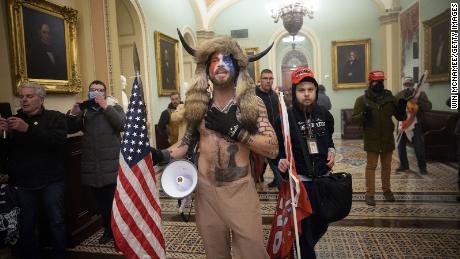 A DHS spokesperson previously told CNN that the department is working with its federal partners and those in the private sector “to combat the spread of conspiracy theories and other false narratives on social media and other online platforms that can radicalize people to violence and fuel domestic violent extremism.”
During her confirmation hearing in January, President Joe Biden’s Director of National Intelligence, Avril Haines, also committed to investigating any foreign connections to QAnon, though acknowledged that DHS and FBI are in the lead on such issues.
But Wray’s testimony last week before the House and Senate Intelligence Committees underscore how the FBI is largely restrained in its ability to investigate elements of the QAnon conspiracy theory despite acknowledging it poses a national security threat.
“Like a lot of other conspiracy theories, the effects of Covid, anxiety social, social isolation, financial hardship … all exacerbate people’s vulnerability to those theories, and we are concerned about the potential that those things can lead to violence, and where it is an inspiration for federal crime, we’re going to aggressively pursue it,” he told House lawmakers during last week’s world wide threats hearing. 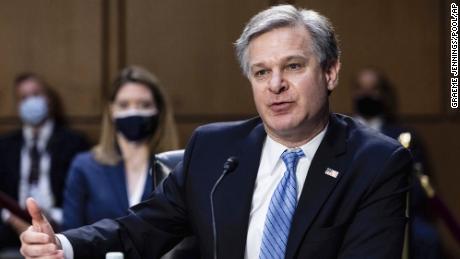 Wray also noted that the FBI has arrested “at least five self-identified QAnon adherents related to the January 6 attacks specifically,” acknowledging a clear link between the conspiracy theory and the insurrection.
Monday’s report also notes that as of February 8, “at least 27 individuals who participated in the Capitol insurrection on 6 January 2021 were affiliated with the QAnon conspiracy.”
But while court documents clearly indicate that QAnon has fueled beliefs of defendants who took part in the insurrection, whether the conspiracy theory’s origins merit criminal investigation has proved to be a difficult jump to make, and there is no indication to date that law enforcement officials are working to determine the identity of the person behind the original message or other similar anonymous social media posts that have emerged in recent years.
Federal officials have routinely said that social media companies must take on a larger role in combating the spread of online conspiracy theories like QAnon, a view that is echoed in Monday’s report.
“As occurred with al-Qaeda and Islamic State propaganda, algorithms employed by social media companies to generate continued engagement with platforms are partly responsible for radicalizing individuals to support QAnon,” it says. “The findings of this report make clear, it is imperative to protect freedom of speech, but social media companies also need to re-examine their de-platforming approaches, design of algorithms, and the prevalence of disinformation on their platforms.”