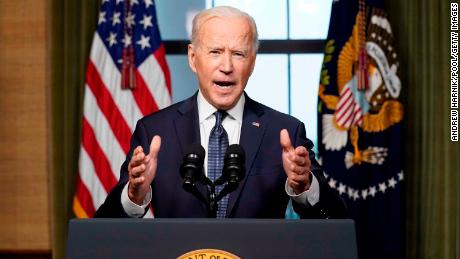 Cruz is blocking confirmation for diplomats; it has nothing to do with qualifications

Apadana Central
8 min read
The Biden administration — with about 60 State Department nominees waiting to be confirmed — is encountering greater roadblocks in securing Senate confirmations at State than at any other agency. Administration officials and Democrats point to Republicans, who admit they’re playing a role. But sources from all three groups say the bulk of the blame should be placed on Cruz.
The junior senator from Texas has become the public face of the State Department’s difficulties, proudly claiming responsibility for blocks on a slew of senior officials. Cruz is trying to pressure the administration on a specific point of Russia policy, a campaign that other Republicans say is fruitless and that triggered a fiery shouting match with Sen. Robert Menendez, a New Jersey Democrat who’s the chairman of the Senate Foreign Relations Committee.
Cruz does not appear willing to budge. “I look forward to lifting the holds just as soon as they impose the sanctions on Nord Stream 2 that are required by federal law,” he told CNN.
A toxic brew of personality politics, hyperpartisanship and political grandstanding has transformed the often-dull approval process for nominees into a politicized battle, one that is squeezing Democratic leadership in the Senate as it juggles priorities, including President Joe Biden’s push for infrastructure legislation, and the tight deadline of a looming summer recess.

Dozens in the queue

Six months after Biden’s inauguration, just six State Department candidates have been confirmed on the Senate floor. Some 60 nominees have been awaiting confirmation for months. Now Cruz has effectively stopped the Senate from voting on senior department nominees unless Democrats take the time-consuming steps needed to overcome a filibuster for each nomination, leaving around a dozen offices without confirmed leadership.
With violence in Afghanistan escalating and the risk of a Taliban takeover looming, the Bureau of Central and South Asian affairs is led by an acting assistant secretary. With twin crises in the US’ backyard destabilizing Cuba and Haiti, as the administration wrestles with an increasingly aggressive China — accusing it of devastating ransomware attacks — and as the White House confronts a recalcitrant Iran, all the bureaus that handle those regions are also staffed by interim leaders.
While experienced career officials are serving in acting positions, the delay in getting confirmed leadership in place is impacting the Biden administration’s foreign policy agenda and how quickly it can be implemented in some places, congressional aides, lawmakers and administration officials said.
Administration officials point out that the confirmed nominees who are in a holding pattern on the Senate floor have received overwhelming bipartisan support — even unanimous support for some — and say this demonstrates that the delays are about politics instead of the quality of the candidates.
“It is critical for our national security and foreign policy that the Senate move forward with these qualified, experienced nominees as quickly as possible,” said a senior administration official.

The deadlock is also contributing to a growing sense of frustration and distrust among foreign policy leaders in Congress who have historically worked across the aisle. And with the Senate heading into recess in August, administration officials fear that the situation is poised to get even worse if action is not taken in the next few weeks.
“We want to have people — particularly in really hot spots, to deal with issues,” Menendez told CNN when asked if he was hopeful that more State Department nominees would get to the floor before senators leave for the August recess.
There are a number of factors at play, six sources familiar with the process told CNN: Cruz’s holds; Senate leadership not prioritizing State Department nominees; Republicans on the Senate Foreign Relations Committee using individual nominees as leverage to make demands of the administration; lawmakers appearing to slow-walk candidates, claiming they need more time to review nominees’ files; and a failure to get through some of those files expediently.
But out of that long list, it is the lawmaker from Texas who has created the biggest roadblock of all, sources from both sides of the aisle said, pointing to Cruz’s hold on State Department nominees to pressure the administration over Russia’s Nord Stream 2 pipeline.
The administration waived sanctions on the firm behind the pipeline and its German CEO in an effort to rebuild ties with Germany, a crucial ally on several foreign policy priorities. The Trump administration also decided not to levy sanctions. US officials and outside analysts say that while the pipeline is almost complete, the Biden administration’s repeated threats that the waivers could be lifted at any time are enough to keep it from becoming operational anytime soon: businesses that would insure or operate the pipeline aren’t likely to take that risk.

Still, Cruz wants sanctions. Secretary of State “Tony Blinken likes pointing out that the waiver of sanctions can be rescinded,” Cruz told CNN. “He’s right. And that’s how they can get the holds lifted.”
Republicans privately admit they are slow-walking State Department nominees to squeeze concessions from the administration — and also that they’re frustrated by Cruz’s campaign, which they see as pointless, as the White House will not budge on its Nord Stream policy.
Menendez vented his own frustration about Cruz’s maneuver in late June during a committee business meeting. The New Jersey Democrat told Cruz that he had never before seen a situation like it in his 14 years on the committee.
Cruz’s blocks on nominees who have reached the Senate floor are “counterproductive to our collective cause advancing the foreign policy and national security of the United States,” Menendez said. He accused Cruz of posturing and blackening the committee’s history, possibly for the sake of presidential ambition, sparking an angry defense from the Texas Republican as the two of them repeatedly cut each other off.
“Maybe it’s your presidential aspirations, I don’t know, but you’re turning to political purposes,” Menendez told Cruz toward the end of their spat, his voice rising in apparent anger. “You held over every nominee. Every nominee! I’ve never seen that.”
Cruz cut in loudly: “I did so for a policy that, Mr. Chairman, you used to support … that the Biden administration has deliberately undercut and given a gift to Putin and Russia.”
The sparring came to a halt when another senator broke in to suggest they all tackle something easier, such as the notoriously thorny debate about a president’s war powers. 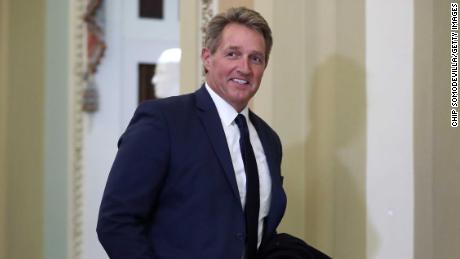 Because of Cruz’s hold, there are now more than a dozen nominees for senior State Department positions who can get confirmed only if Senate Majority Leader Chuck Schumer invokes cloture, a procedural step to break a filibuster, end debate and move to a vote that requires 30 hours of debate, a committee aide told CNN.
Going through that process for each nominee would “burn up an insane amount of floor time that historically would never be used for nominations,” said one Senate aide, “and this is happening as he’s trying to get infrastructure and every other important piece of legislation through.”
It’s a sign of just how politicized the confirmation process has become, said a Democratic Senate aide. “The holdup shows how the Senate is no longer working in the way it worked in the past. Everyone is trying to get something they want for allowing a simple nomination to go forth,” the aide said.
There is some frustration on Capitol Hill that Schumer is not prioritizing State Department nominees on the floor, congressional aides told CNN, but also sympathy for the bind the New York Democrat is in as he confronts a ticking clock and the looming summer recess.
The final weeks in July will be critical in determining just how dire this situation becomes, officials at the State Department explained. If nominees don’t get votes before the senators leave for their summer break, it is unlikely that any of them will be able to start their jobs until sometime in the fall.
As the Senate Foreign Relations Committee processes more nominations — holding a hearing for three more State Department candidates on Tuesday — more nominees are piling up in the queue to go to the Senate floor, along with other nominations, including judicial appointments.
“We hope some Senate Republicans will cease using time-consuming delay tactics to slow the confirmation process — even though many nominees have received strong bipartisan support — so these public servants can help restore our country’s standing around the world and advocate for American interests abroad,” the senior administration official said.
Senate aides say there could be a deal with Cruz before lawmakers head out of town for recess, but it is not clear how possible that may be.
Officials at the White House and the State Department have been in touch with Cruz and his office, acknowledging that striking a deal with him may be the only way to expedite the process. So far their efforts have been unsuccessful, they told CNN. 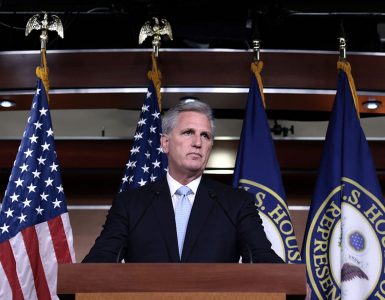 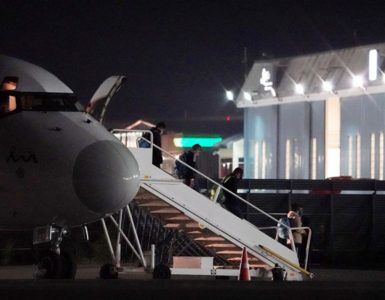