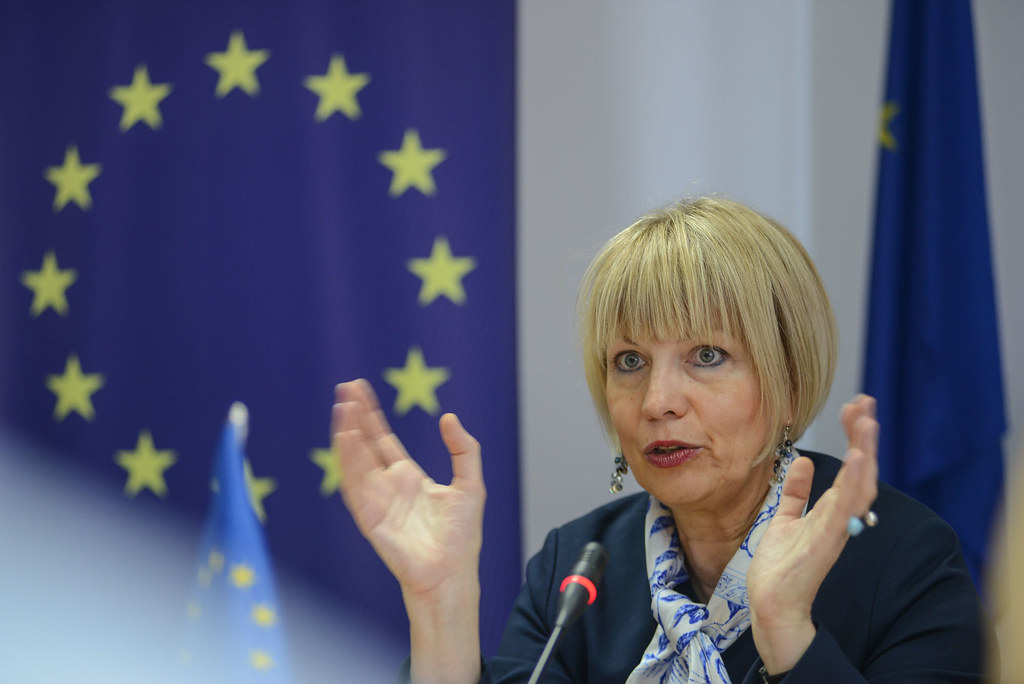 The secretary-general of the European Union’s foreign policy service is set to travel to Tehran for talks later this week.

The European officials are seeking to save Iran Deal through reassuring Iran’s leaders of economic payoff, according to WSJ.

Germany’s foreign minister, Heiko Maas held talks with his Iranian-regime counterpart, Javad Zarif, in Tehran, in a bid to ease tensions in the Persian Gulf.

Maas, who was in Iran last week for talks on the country’s nuclear program, warned that the deal’s collapse served the interests of neither Europe nor Iran, said AP News.

his article originally published by By Benjamin Weinthal on Fox News.

While European powers still claim Iran’s regime is in compliance with the nuclear deal, a new German intelligence report accuses the Islamic Republic of seeking to build weapons of mass destruction.

Fox News obtained a May 2019 intelligence document from the state of Bavaria detailing Iran’s nefarious weapons activities in the southern German state during the previous year.

Iran is a “risk country” that is “making efforts to expand its conventional arsenal of weapons with weapons of mass destruction,” wrote the Bavarian Office for the Protection of the Constitution in its intelligence report.

The Bavarian agency is the rough equivalent of the FBI without arrest powers.

Iran’s clerical regime had agreed to restrict development on its nuclear program in exchange for economic concessions as part of the 2015 Joint Comprehensive Plan of Action (JCPOA).

But the U.S. withdrew from the JCPOA, informally known as the Iran deal, in 2018 because the agreement did not prevent Tehran from building a nuclear weapons device, according to President Trump’s administration.

Richard Grenell, the U.S. Ambassador to Germany, told Fox News on Tuesday: “We know the Iranian regime is on the hunt for money to fund their malign activities and so it is imperative that the U.S. and our European allies work together to deny this regime the capital they seek. They will use secretive schemes and dark money; we must be vigilant. They are strapped for cash.”

The Bavarian intelligence report charged: “In order to obtain the necessary know-how and corresponding components, these states [Iran, North Korea, Pakistan] are trying to establish business contacts to companies in highly technological countries like Germany.”

According to the 335-page report that covers security threats to Bavaria, Germany’s criminal customs police prevented an electronic beam welding machine from being transported to Iran. “The machine can be used for the production of [missile] launch vehicles,” noted the report.

In connection with the machine, extensive attempts were made” to disguise the actual customer in Iran,” according to the intelligence document, citing an end user company in Malaysia. The director of the Bavarian-based company that sought to sell the welding machine was convicted of violating Germany’s export control law.

The intelligence agency said it will continue “to monitor whether Iran consistently and consequently complies with the agreement signed in July 2015.” The United States government classifies Iran’s regime as the leading international state-sponsor of terrorism.

Dr. Efraim Zuroff, the director of the human rights organization Simon Wiesenthal Center’s Israel office and Eastern European Affairs, told Fox News: “If there is a factual basis to the findings of the recently-published Bavarian intelligence report, and I have no reason to doubt it, this has to be a shrill wake-up call for the German government and its ongoing efforts to maintain the nuclear agreement with Iran at all costs.”

Zuroff added: “Despite all the signs indicating the numerous weaknesses of the agreement and the duplicity of the Iranians, the German government has consistently tried to refrain from dealing with Teheran as a genocidal threat to Israel and the promotor of terror all over the world. Time for Berlin to wake and face the bitter reality.”

Benjamin Weinthal reports on human rights in the Middle East and is a fellow at the Foundation for Defense of Democracies. Follow him on Twitter @BenWeinthal