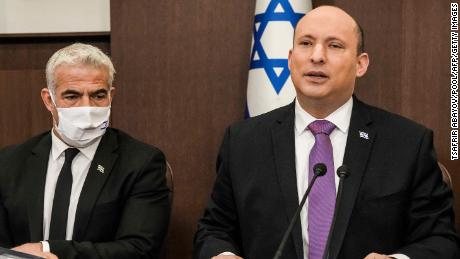 Apadana Central
8 min read
While Israel has officially condemned the invasion, accused Russia of war crimes and sent planeloads of humanitarian aid to Ukraine, it has refrained thus far from fully joining Western sanctions against Russia, mainly because of its own security concerns.
In a sort of good cop, bad cop routine, Israel’s Prime Minister Naftali Bennett has barely mentioned the name “Vladimir Putin” in his statements on the war in Ukraine, leaving the most direct and damning condemnations of Russia’s actions to Foreign Minister Yair Lapid.
But comments made by Russian Foreign Minister Sergey Lavrov have hit a raw nerve. On Sunday, Putin’s top diplomat sought to justify Moscow’s absurd goal of “de-Nazifying” Ukraine — a baseless portrayal of the country, which is led by a Jewish president — by claiming Adolf Hitler had “Jewish blood” and that “the most ardent anti-Semites are usually Jews.”

Russia’s ambassador to Israel was summoned to Israel’s foreign ministry for talks. Bennett called the assertions “lies” and Lapid described them as “unforgiveable and outrageous,” warning that Israel had “tried to maintain good relations with Russia, but there is a line, and this time the line has been crossed.”
“Jews did not murder themselves in the Holocaust,” Lapid added. “The lowest level of racism against Jews is to accuse Jews themselves of anti-Semitism.”
That in turn led to Russia accusing Israel of supporting “the neo-Nazi regime in Kyiv” on Tuesday, along with a thousand-word broadside from the Russian foreign ministry which used examples of forced Jewish collaboration with the Nazis and contemporary instances of anti-Semitism in Ukraine to defend Putin’s tendentious claim to have invaded Ukraine in order to “de-Nazify” the country.
As the spat deepens, Israeli leaders are facing growing pressure to harden their stance against Moscow.
There are a few reasons why Israel hasn’t been tougher on Russia during the war. First and foremost are the country’s security considerations: Israel says its northern border with Syria, “for all intents and purposes, is a border with Russia,” in the words of Lapid, because of Russia’s military presence there.
Israel regularly carries out airstrikes on Iranian targets in Syria, which it regards as critical to prevent the transfer of precision-guided missile technology to Lebanon’s Iran-backed Hezbollah militant group.
Israel coordinates with the Russians ahead of strikes in Syria and there are concerns that if the relationship with Moscow goes sour, so does Israel’s freedom of action in Syria — something Israel sees as vital for its security.
Israeli officials have also expressed concern that any Israeli action on Ukraine could endanger the large Jewish population in Russia.
Bennett had also been trying to act as mediator, at one point speaking regularly with both Ukrainian President Volodymyr Zelensky and Putin and even secretly flying to Moscow for direct talks with the Russian leader.
Then there’s Iran: Russia is a party to negotiations to revive the 2015 Iranian nuclear agreement. Israel opposes the deal and is pulling every lever it can to stop it from coming back, and Bennett’s office said he talked to Putin about it on his clandestine trip to Moscow.
While the latest volley between Russia and Israel is definitely putting a strain on the relationship, analysts note that so far most of Israel’s ire has focused on Lavrov and his foreign ministry, and not Putin.
Although Israeli media began reporting on Tuesday that Israeli officials are preparing for the first time to send defensive military equipment to Ukraine, Alon Pinkas, Israel’s former consul general in New York, and a chief of staff to former Israeli President Shimon Peres, doesn’t think much will change.
“If there is going to be a change in policy it’s the belated realization that Israel has been essentially siding with the losing party in this conflict, not because of atrocities, war crimes, invasion, what have you, but because you’re basically siding with the loser and there’s a price to be paid,” Pinkas told CNN.
That could change though if the situation escalates to the point that the Israeli ambassador is expelled from Russia, for example, Pinkas said.
“Then in which case Israel has no choice but to depart from its policy and adopt a new one,” Pinkas said. “But if the Russians don’t do that and this is just a rhetorical war of words that will disappear in two days? Then nothing fundamental has changed.”

Venezuela and Iran, both under US sanctions, to “collaborate on energy”
Venezuelan President Nicolas Maduro met with Iranian oil minister Javad Owji on Tuesday to “deepen the ties of brotherhood and cooperation in energy matters,” as Maduro put it.
Death of Egyptian researcher requires investigation, US State Department says
The US State Department on Monday said that the death of an Egyptian researcher requires a “thorough, transparent and credible” investigation, adding that the US is “deeply disturbed” by “allegations of his torture while in detention.”
Turkey announces plan to return one million Syrian refugees
Turkey is preparing a project aimed to persuade almost one million Syrian refugees to voluntarily return to Syria, President Recep Tayyip Erdogan said on Tuesday. He didn’t elaborate on how he will persuade the refugees to return.

Prior to the war in Ukraine, Egypt’s economy was recovering relatively fast, Director of the Middle East and Central Asia Department at the International Monetary Fund, Jihad Azour, told CNN. But its dependence on Ukraine on Russia for wheat imports and tourism means that recovery has been impacted, he said.
Watch the interview here.

Iran’s strict alcohol laws often force those who can’t afford to buy expensive bootlegged drinks to resort to consuming home-grown varieties made with no regulation and little experience.
The practice is dangerous, and as state media sometimes points out, it can often lead to death. Its latest victims were in southern port city of Bandar Abbas, where eight people died and dozens were poisoned by homemade alcohol, said the state news agency IRNA on Monday.
Fifty-nine people suffered from alcohol poisoning in the city, Fatemeh Norouzian, spokesman of Hormozgan University of Medical Sciences, was cited as saying by IRNA. Seventeen of those hospitalized are in critical condition, she added, with four suffering from “severe blurred vision.”
Drinking is prohibited under Iran’s Islamic law, and its consumption can be punishable by public whipping, which is rarely carried out.
Only members of religious minorities such as Christians, Jews and Zoroastrians are allowed to make alcohol and drink it, as long as it is done in private.
Despite the ban, alcohol consumption is widespread in the country behind closed doors and among the wealthy.
By Nadeen Ebrahim

Photo of the day 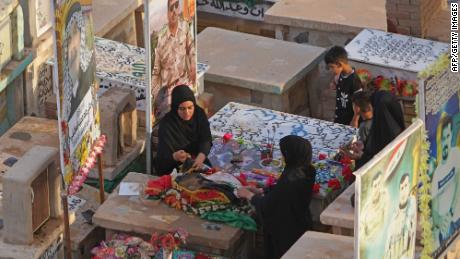 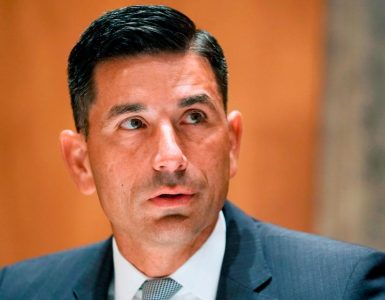 The April 26 Homeland Security inspector general’s assessment provides a damning look at the way DHS’ Office of Intelligence and Analysis dealt with intelligence related to Russia’s efforts to...