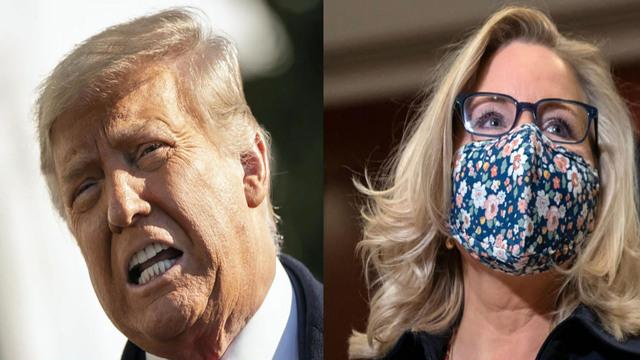 Washington — House Minority Leader Kevin McCarthy expressed frustration with House Republican Conference Chair Liz Cheney on Tuesday, saying he has heard from some GOP representatives who are concerned Cheney can’t “carry out the message” ahead of the 2022 midterm elections.

McCarthy’s comments are a sign of the escalating tension between the two, as Cheney has continued to criticize former President Trump and his role in the January 6 attack on the Capitol while McCarthy has sought to downplay the event.

A vote to replace Cheney could happen as early as next week. A spokesperson for Cheney told CBS News “this is about whether the Republican Party is going to perpetuate lies.”

Cheney was one of 10 House Republicans to vote to impeach Mr. Trump on a charge of incitement of insurrection in January. She fended off an effort by some conservatives to oust her from her leadership position in early February, with support from McCarthy. But McCarthy said in an interview with “Fox & Friends” on Tuesday that more Republican members were losing confidence in Cheney’s ability to lead.

“There’s no concern about how she voted on impeachment. That decision has been made,” McCarthy said. “I have heard from members concerned about her ability to carry out the job as conference chair, to carry out the message.”

Cheney has repeatedly pushed back against Mr. Trump’s false claim that the election was stolen. Cheney said Monday that Republicans could not accept the “poison” of this claim or “whitewash” the January 6 attack by Mr. Trump’s supporters, CNN reported.