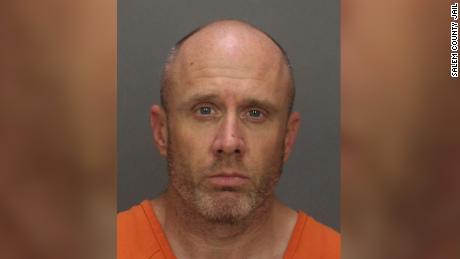 Apadana Central
2 min read
Sean Lannon is accused of killing his ex-wife Jennifer Lannon, Jesten Mata and Matthew Miller and stuffing their bodies into a car that was left in the Albuquerque airport parking lot, according to affidavits for arrest warrants.
Lannon also faces other charges, including two counts of kidnapping for allegedly luring Mata and Miller to their deaths.
A fourth victim, Randall Apostalon, also was found dead in the vehicle. No charges have been filed yet in Apostalon’s death, the district attorney’s office in Bernalillo County, New Mexico, told CNN on Friday.

Lannon is charged in Gloucester County, New Jersey, in the slaying of Michael Dabkowski, a long-time acquaintance. Lannon’s defense attorney told the court last week that Dabkowski had sexually abused Lannon.
Lannon has confessed to killing 15 people in New Mexico, including Apoltalon, said a prosecutor in Gloucester County, where Lannon is currently being held. The confession was made to police after Lannon was read his Miranda rights, authorities said.
Court documents did not list an attorney for Lannon in New Mexico on Friday.
In response to a request for comment on the new charges, his public defender in New Jersey told CNN via email, “All persons are presumed innocent unless and until proven otherwise in a court of law.”

According to arrest affidavits obtained by CNN affiliate KOAT, Sean Lannon is seen on surveillance picture driving the vehicle in which the four bodies were found and parking it at the Albuquerque International Sunport. The bodies were found March 5, the affidavits say.
A clerk at the Magistrate Court in Grants, New Mexico, confirmed that the case had been filed but was unable to provide the documents to CNN on Friday.
Two victims — Mata and Miller — were found in the vehicle dismembered. His ex-wife’s body also was found but had not been dismembered, according to the affidavit.
Police say they believe Miller was beaten to death; the other victims were shot.
Investigators say Lannon was “deceptive” in multiple interviews before the bodies were found, and witnesses say he attempted to dispose of evidence and remove blood stains with bleach.
Lannon told investigators he killed his ex-wife and Mata because they were in a sexual relationship. Lannon said he believed Miller had sexually exploited one of Lannon’s children.

Jerusalem – An ancient sport, wrestling has long electrified Iran and the United States. Yet in 2020, the Islamic Republic executed the decorated Greco-Roman wrestler Navid Afkari for his role in a 2018 protest against...