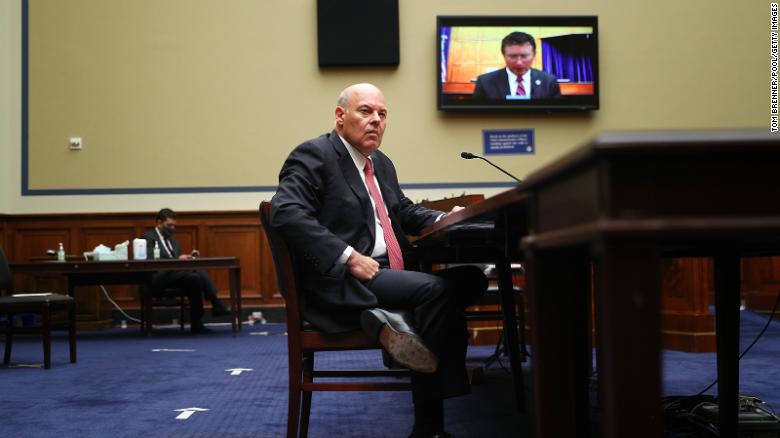 President Joe Biden’s trio of US Postal Service Board of Governors nominees said Thursday they have not made any commitments or been pressured about the potential firing of embattled Trump-era Postmaster General Louis DeJoy.

The scrutiny comes as scores of Democratic lawmakers have sent letters to DeJoy and President Joe Biden in recent weeks, raising concerns about the postmaster general’s leadership and urging the President to take action amid complaints over delivery delays.
During Thursday’s nomination hearing, Ohio Republican Sen. Rob Portman said he had previously asked all three of Biden’s nominees — Anton Hajjar, Amber McReynolds and Ron Stroman — whether they had received any outside pressure about firing the current postmaster general.

Postmaster General announces 10-year plan including longer mail delivery times and cuts to post office hours
“They all told me they had not made any commitments and they had not been pressured,” Portman said before asking if that was accurate. All three could then be heard saying “yes” off-camera.
The President cannot remove the postmaster general. Only the Postal Service Board of Governors — which is comprised of members nominated by the President and confirmed in the Senate — has the power to do so.
Later, Sen. Ron Johnson, a Wisconsin Republican, followed up by asking if anyone in the nomination process had discussed DeJoy’s performance, to which each nominee replied, “No, senator.” Biden announced the three nominees in late February to fill most of the vacancies on the USPS Board of Governors, fulfilling a promise that the administration would make the board and the agency a priority in the early days of his presidency.