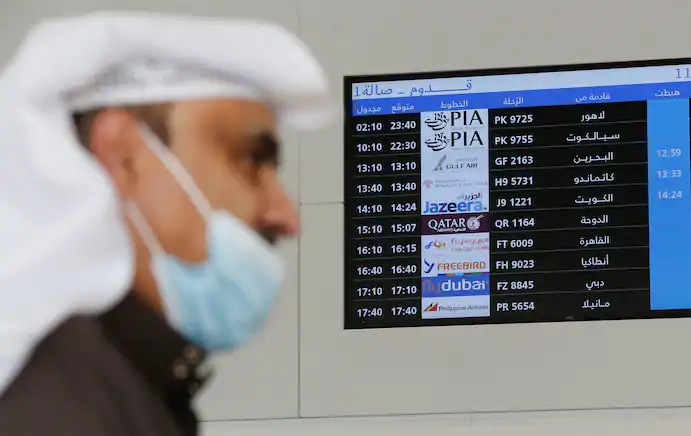 A Saudi waits for the arrival of relatives from Qatar in front of a screen displaying a Qatar Airways flight for the first time in 3 years, at King Khalid Airport in Ryadh, Saudi Arabia, Monday, Jan. 11, 2021. Saudi Arabia, along with the UAE, Bahrain and Egypt, ended a three-year dispute with Qatar following a Gulf Cooperation Council (GCC) summit in AlUla last week. (Amr Nabil/Associated Press)

DUBAI, United Arab Emirates — A Qatar Airways jetliner landed in Saudi Arabia on Monday, completing the first direct flight from Doha to Riyadh since the kingdom’s boycott of the tiny, energy-rich state in 2017.

The resumption of direct flights came after regional heavyweight Saudi Arabia reopened its borders and airspace with Qatar last week, paving the way for a broader rapprochement. At an annual Gulf summit meeting in Al Ula, Saudi Arabia, representatives of the four boycotting countries signed a pledge to resolve the bitter dispute that has fragmented the typically clubby Gulf Cooperation Council and troubled America’s foreign policy in the region, including its efforts to isolate Iran.