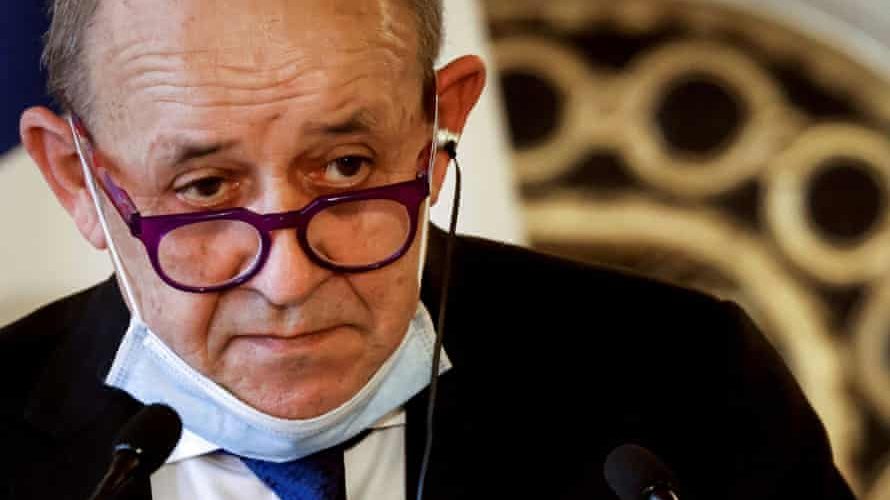 The Covid-19 pandemic will haunt the world until 2024 unless the G7 focuses on increasing vaccine production, in part by facilitating it in Africa, the French foreign minister has said.

Jean-Yves Le Drian added there was a debate to be had about loosening restrictions on pharmaceutical companies’ patents – a measure supported by the Biden administration on Wednesday – but the number one priority was increasing production.

Le Drian was speaking to the Guardian as he attended the meeting of G7 foreign ministers in London, an event he described as marking the comeback of the US and the reignition of multilateralism after years in abeyance because of Donald Trump.

He revealed he had spoken to the US secretary of state, Antony Blinken, more times since his appointment in January than he had throughout the three years that Mike Pompeo was in the job.

Le Drian accepted more needed to be done to ensure vaccines were reaching the world’s poorest people, and that – as the club of wealthiest countries – the G7 had a responsibility to do more.

“If we continue at this pace … then there will not be global immunity until 2024,” he said. “Are we going to wait until 2024 keeping on with our masks, our tests, our constraints and our fears? I do not think that is a solution for us or the world.

He admitted the UN’s Covax scheme, in which wealthier countries were funding the production and distribution of vaccines to the world’s poorest, needed more momentum. Covax is a huge initiative to create 2bn doses, including 1.3bn to be used this year

“We have to do more to make sure the vaccines reach the right people. It is not just a matter of solidarity. It’s a matter of self-interest and efficiency for ourselves.”

Writing in the Guardian in March, the World Health Organization chief, Dr Tedros Adhanom Ghebreyesus, said he supported a patent waiver that would allow countries to make and sell cheap copies of vaccines that were invented elsewhere. And on Wednesday, Katherine Tai, the trade representative for the Biden administration, declared America’s support for the proposal.

At present the Covax scheme was adequately funded but would need financial help soon, he said, comparing the scale of the efforts and funding being put into Covax with what he described as “vaccination propaganda” by other countries.

He also used the interview to send a warning to Iran, saying the talks about the revival of the nuclear deal, restarting in Vienna, were crucial.

“We have got a very tight schedule with the presidential elections looming in June. It is a moment of truth. We need to achieve some progress urgently because due to Iran’s breaches of its own commitments Iran has never been closer to a nuclear weapon.

“The US is very determined to make progress – they sent the necessary gesture and signals to show they were ready to take the necessary decisions to lift sanctions.

“At present Iran has not made the corresponding gestures or signs about all their breaches of the accord since 2019. This is a crucial moment because it is now that the Iranians must make the necessary gestures.”

He insisted there also had to be a mutual understanding that if the US did return to the joint comprehensive plan of action, the process would not end there.

“This is a major issue about non-proliferation and reducing the atmosphere of conflict in the region. We need an agreement to acknowledge that is only a first step. Agreeing on this is not a prerequisite, but it is a necessity for the future that appears essential to us.”

Le Drian separately claimed there was growing unanimity on how to tackle China in the west following Donald Trump’s departure.

He said that during the Trump era China had been allowed to advance its own version of multilateralism, something he described as in reality “a multi-bilateralism” in which China formed different relationships with different countries and used its economic power to to impose its norms and gradually dominate the setting of rules, standards and finances.

Although France was often seen as advocate of a third way between China and the US, he said the EU had over the past years come to see China more as a systemic rival.