The facts around leaked audio about John Kerry 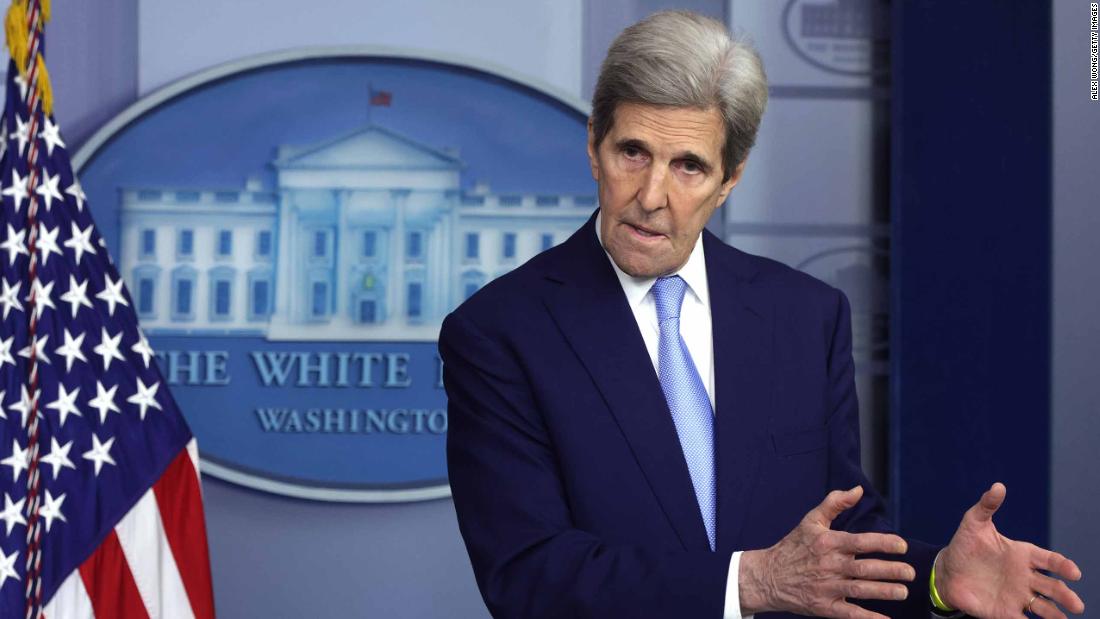 Though Kerry has flatly denied that any such conversation took place, a group of Republican senators have asked the President to investigate the allegation. A handful of other congressional Republicans are calling for Kerry’s resignation from his current position on the National Security Council if the allegations are confirmed.
Here’s what we know to be the facts.
On Sunday, London-based news channel Iran International, published an article detailing leaked audio of a March interview between Zarif and Iranian journalist Saeed Laylaz, apparently scheduled for release in August, once the current administration leaves office. Laylaz is considered sympathetic to Iran’s current President and was an adviser to Iran’s former President Mohammad Khatami, a reformist.
According to the news article by Iran International, Zarif claimed, “It was former US Foreign Secretary John Kerry who told me Israel had launched more than 200 attacks on Iranian forces in Syria.”
Iran International specifically noted this claim was “not very credible.”
Though the sentence about Kerry was part of just one paragraph in a longer article, which included Zarif’s criticism of Iran’s elite Islamic Revolutionary Guard Corps (IRGC) and the assassinated top general Qasem Soleimani, the claim about Kerry was quickly amplified by several conservative-leaning publications including Fox News, the New York Post and the Daily Caller.
The authenticity of the tape itself (ie not the veracity of Zarif’s claim, but whether he even said it) as a whole has not been officially confirmed, but Iranian foreign ministry spokesman Saeed Khatibzadeh did not deny its validity during the weekly news conference.

Kerry, who served as secretary of state from February 2013 to January 2017, disputed the allegations in a tweet Monday. “I can tell you that this story and these allegations are unequivocally false,” he tweeted. “This never happened – either when I was Secretary of State or since.”
When asked about the allegations during a press briefing Monday, State Department spokesman Ned Price said he couldn’t speak to the accuracy or authenticity of the audio or its claims, but implied that if such a conversation had occurred, Kerry would likely not have been disclosing secret information.
“I would just make the broad point that if you go back and look at press reporting from the time, this certainly was not secret,” Price said. “And governments that were involved were speaking to this publicly, on the record.”
That is true. Israeli Prime Minister Benjamin Netanyahu said in July 2017 that Israeli airstrikes have targeted Hezbollah-bound convoys in Syria “dozens of times.” A month later, Israeli Air Force chief Maj. Gen. Amir Eshel confirmed that Israel had attacked convoys bringing arms to Hezbollah several times over the past five years. And in 2018, Israeli Intelligence Minister Israel Katz said that “in the last two years Israel has taken military action more than 200 times within Syria itself.”
When asked about the audio on Tuesday, current Secretary of State Anthony Blinken told CNN’s Jake Tapper that “it is utter nonsense.”
“These things were so secret that they were all reported in the press at the time,” Blinken said.
CORRECTION: A previous version of this story had the incorrect title for Javad Zarif. He is the Iranian foreign minister.