Traveling to Disney Parks during Covid-19: What you need to know before you go 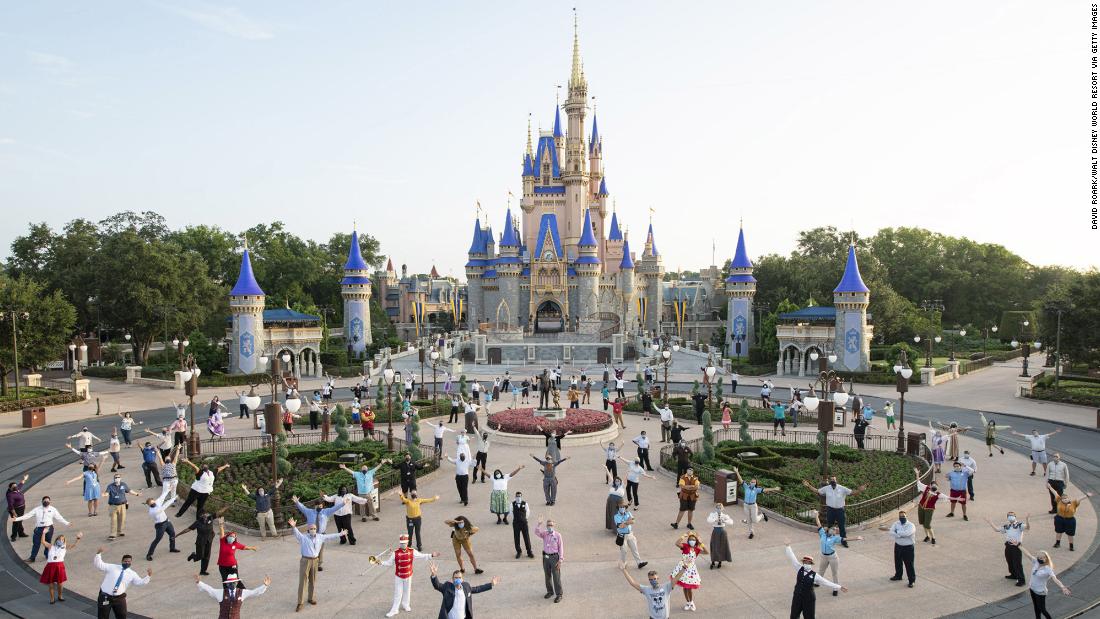 Editor’s Note — Coronavirus cases remain high across the globe. Health officials caution that travel increases your chances of getting and spreading the virus. Staying home is the best way to stem transmission. Below is information on what to know if you still plan to travel, last updated on April 1.

(CNN) — If you’re planning to travel to one of the Disney Parks & Resorts around the world, here’s what you’ll need to know and expect if you want to visit during the Covid-19 pandemic.

After being closed for more than a year, Disneyland Resort in California plans to reopen on April 30 with limited capacity at Disneyland park and Disney California Adventure park. Only California residents may visit the parks until further notice.
Those wanting to visit will need to purchase tickets in advence via a new reservation system.
Disney’s Grand Californian Hotel & Spa is set to reopen on April 29 but the Disneyland Hotel and Disney’s Paradise Pier Hotel remain closed. No reopening date has been set.
In Florida, most of Disney World’s parks are open. The Blizzard Beach water park reopened on March 7. No reopening date has been set for Typhoon Lagoon, however.
On March 31, Disney announced its annual EPCOT International Food & Wine Festival would begin July 15 and continue till November 15. The event features culinary highlights from various park locations.

Hong Kong Disneyland reopened in February — the third reopening for the park since the start of the pandemic.

Disneyland Paris was slated to reopen on April 2. However, the park announced it is once again postponing its reopening. No new date has been announced. If you have a booking, you may modify your arrival date or cancel your reservation without fees. The park hasn’t yet announced a new tentative opening.
Though Tokyo Disneyland and Tokyo DisneySea are open, a visitor cap is reportedly in place, with each park allowing 5,000 visitors per day, excluding those who have already bought advance tickets.

The original and, some might say, best, theme parks, Disney’s resorts remain a magical experience for all the family. From vertiginous rides to firework displays, and of course the chance to meet classic characters, a trip to a Disney Park makes memories that last a lifetime.

Entry to each Disney Park is dependent on local travel restrictions. That means locations in the United States are only open to foreign visitors from outside the European Schengen Area, UK, Ireland, China, Iran and Brazil, while its Paris location — when it reopens — will be subject to France’s entry rules, which prevent most non-EU nationals from coming into the country.

Only locals and returning citizens can access the Tokyo and Hong Kong Disney parks, while the Shanghai resort can only be accessed by locals or those who meet China’s strict entry requirements, including two negative test results taken within 48 hours of departures.

When it reopens, Disneyland Resort will only be open to California residents until further notice.

All guests will need to obtain an advance reservation for entry through a new reservations system coming soon.

What are the restrictions?

All Disney Parks require guests to wear masks, and some parks’ mask requirements are more stringent than others. For instance, Walt Disney World, Florida, mandates face coverings for everyone 2 or older, including people who have been vaccinated.

Every park has reduced capacity, and guests must take a temperature check on entry and observe social distancing at all times.

Exact numbers of cases linked to Disney Parks are unclear.

What can visitors expect?

Capacity has also been cut, with numbers further limited in restaurants and in queues to prevent overcrowding.

Despite this, guests can still dine in at their favorite restaurants and enjoy the rides, though character meet-and-greets have been replaced by socially distanced character processions.

The flagship Disney resort in Anaheim, California has just revealed plans for a multiyear expansion called “DisneylandForward.” Read more about it here.
On October 1, 1971, Florida’s Walt Disney World first opened its gates. To mark the milestone, Walt Disney World Resort says it’s launching “The World’s Most Magical Celebration” starting October 1, 2021. And the party will last for 18 months.
Repeat visits to Disneyland and Disney’s California Adventure haven’t been possible since the theme parks closed at the start of the Covid-19 pandemic. And now, the parks’ annual pass program is officially coming to an end. Disney Parks announced January 13 that it will cancel annual passes and replace them with a new program.
Meanwhile, also in the US, Disneyland’s Jungle Cruise is getting a 21st century makeover after years of criticism. And officials announced that Disneyland Resort in Anaheim will soon be the first “super” Covid-19 vaccination site in Orange County, California.