What’s happening at the Iran borders ?

A woman speaks on the phone as she prepares to leave an area once occupied by Armenian forces but soon to be turned over to Azerbaijan, in Yekhetnut, Nagorno-Karabakh, on Friday, Nov. 13, 2020. (AP)
Short Url
https://arab.news/z49hx

An almost three-decades-old conflict between Azerbaijan and Armenia over Nagorno-Karabakh was brought to an end this week after 45 days of hard fighting.
The conflict had its origins in the collapse of the Soviet Union. During this period, ethnic Armenians living inside Azerbaijan’s Nagorno-Karabakh region tried to break away and join Armenia. Armenia took advantage of the chaos and invaded the region, capturing a sizable chunk of Azerbaijan’s internationally recognized territory.
A ceasefire agreement was signed in 1994, which, for the most part, held — albeit there were occasional minor skirmishes over the years. That same year, the Organization for Security and Cooperation in Europe established the so-called Minsk Group to help broker a final peace — but it failed to do so.
Having grown impatient over the lack of progress in peace talks and the bellicose rhetoric coming from Armenian leaders, Azerbaijan decided to act. Major fighting kicked off in late September and was brought to an end this week by an Azerbaijani victory. With the help of Turkish and Israeli drones, and a lot of bravery from its soldiers, Azerbaijan was able to liberate large swathes of its territory from Armenian occupation.
Armenia is estimated to have lost approximately 40 percent of its equipment, including hundreds of tanks, armored vehicles and pieces of artillery. It is likely that Azerbaijan ended up capturing more equipment from Armenia than it lost on the battlefield — probably one of the few cases in history of an army ending a war with more equipment than it started with.
Turkey and Russia played a big role in the conflict. Russia traditionally backs Armenia, but in this conflict took a standoffish approach to the dismay of Yerevan. Turkey has always been close to Azerbaijan and has been in a protracted geopolitical competition with Russia over places like Syria, Libya, and to a certain extent Ukraine in recent years.
The peace agreement announced earlier this week was brokered by Russia with Turkish influence behind the scenes. It led to the surrender of Armenian forces inside Azerbaijan and the deployment of a small Russian peacekeeping force to regions in Nagorno-Karabakh with a sizable Armenian minority. While a lot of the commentary has been focused on what Armenia’s defeat means for Turkey and Russia, one country that was a big loser in this conflict was Iran.

Iran will have to devote time, resources, and troops to adjust to the new geopolitical reality along its northern border with Azerbaijan.

For historical reasons Iran sees itself as entitled to a special status in the South Caucasus. Both Armenia and Azerbaijan were once part of the Persian empire. Today, Armenia and Iran enjoy cozy relations.
Azerbaijan is one of the predominately Shiite areas in the Muslim world that Iran has not been able to place under its influence. While relations between Baku and Tehran remain cordial on the surface, there is an underlying tension between the two. During the war in Nagorno-Karabakh in the 1990s, Iran sided with Armenia as a way to marginalize Azerbaijan’s role in the region.
There are three reasons why Iran is a big loser in this conflict.
Firstly, it remains to be seen how Azerbaijan’s victory will play out with Iran’s sizable Azeri minority. Azeris are the second-largest ethnic group in Iran. During the conflict there was a lot of pro-Azerbaijani rhetoric and protests on social media and on the streets in support of Baku by ethnic Azeris. The Iranian regime was very careful to appear balanced during the conflict, but at the same time stifled many of these pro-Azerbaijani protests. There is a constant low-level push for self-determination and increased autonomy in northern Iran for the Azeri minority. Although this has not materialized into a mass movement for independence, it makes some in the Iranian leadership nervous.
Secondly, Iran will have to devote time, resources, and troops to adjust to the new geopolitical reality along its northern border with Azerbaijan. This could mean less Iranian focus on other places such as the Gulf and Syria. Part of the Azerbaijan-Iran state border has been under Armenian occupation since 1994. Now that this border is back under the control of Baku, a new security dynamic has been created between the two countries. Also, the presence of 2,000 Russian peacekeepers — now only 100 km from the Iranian border — is bound to make many in Tehran nervous. Although Russia and Iran have enjoyed good relations in recent times, the two have been rival powers in the region for centuries. Iran has already started to deploy more military assets along its northern border. It remains to be seen whether this is just a temporary measure or will become permanent due to the new security situation on the ground.
Finally, it is unclear how Azerbaijan’s success in the war will affect its bilateral relationship with Iran. Azerbaijan has strived to maintain cordial relations with Iran because it relied on access to Iranian airspace and territory to supply its autonomous region of Nakhchivan — an exclave of Azerbaijan nestling between Iran, Armenia and Turkey. In addition to transit rights, Azerbaijan also relied on Iran to provide natural gas to Nakhchivan. As part of the recent peace deal, Armenia is opening up a corridor through its territory to allow Azerbaijan to transport goods directly to Nakhchivan. In addition, earlier this year Turkey announced a new natural gas pipeline to supply Nakhchivan with energy. Iran is less important for Azerbaijan now and it is likely that the dynamics in the bilateral relationship will change in Baku’s favor.
Iran has many problems. A stagnant economy, political unrest at home, the fallout from the coronavirus (COVID-19) pandemic and the never-ending costly interventions in places such as Syria and Iraq. The last thing Tehran needs right now is a change to the cozy status quo it has enjoyed in the South Caucasus for the past three decades.
Unfortunately for Iran, this is exactly what is happening.

Disclaimer: Views expressed by writers in this section are their own and do not necessarily reflect Arab News’ point-of-view 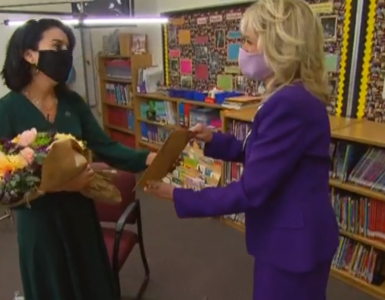