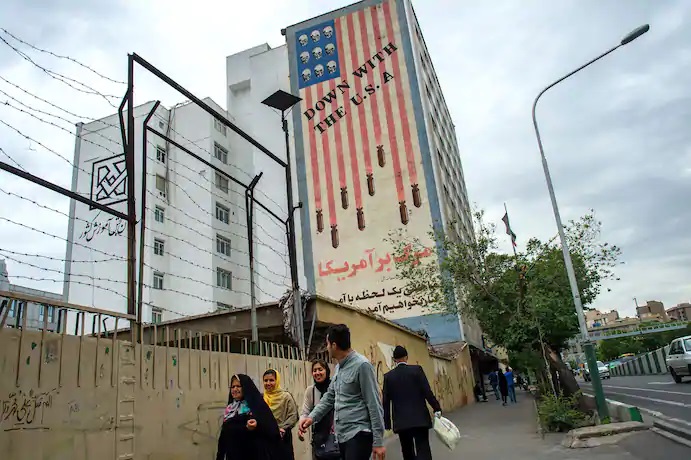 Why U.S.-Iran Tensions Are Rising as Trump’s Term Ends

Pedestrians pass a giant wall mural proclaiming ‘Down With The USA’ on a street in Tehran, Iran. (Photographer: Ali Mohammadi/Bloomberg)

Incoming President Joe Biden has pledged to work toward returning the U.S. to an era of diplomacy with Iran, after four years of his predecessor’s campaign of “maximum pressure” on that country. But tensions between the two nations have soared anew during Donald Trump’s last weeks as president, with his critics expressing concern that he would order a military strike against Iran. Even without the fresh strains, calming U.S.-Iran relations is a tall order.