US House of Representatives Speaker Nancy Pelosi’s Taiwan visit evoked a patriotic fervour in mainland China, which considers the self-ruled island as part of its territory, as many internet users called for a more muscular response from their government. Pelosi’s visit was one of the most discussed and debated issues on Weibo, China’s Twitter-like microblogging platform, which eventually crashed for a brief period.

As Beijing announced the largest-ever military exercises encircling Taiwan and banned the export and import of certain items vis-a-vis the self-ruled island, military observers and commentators presented them as an appropriate response to Pelosi’s trip.

The hashtag, “#Ban on exporting of natural sand to Taiwan”, one of the first economic sanctions on the self-governed island, was among the top trends of Weibo, with the top post under this hashtag garnering 1.8 million likes and 66,000 comments within just four hours, indicating how much the cross-strait issue meant for the people of China.

They called for more stringent measures, as much as halting all trade with Taiwan, as the ban on fruit import was seen as too soft an economic sanction.

The hashtag “#Russian Ministry of Foreign Affairs statement said Taiwan is purely China’s internal affairs” was trending at number 2 along with “#Several countries issued a statement condemning Pelosi’s Taiwan visit”. The internet users also dragged Pelosi’s husband, Paul Pelosi who was arrested for driving under the influence on May 29 and was to be arraigned on August 3, the day US House Speaker was in Taiwan.

The hashtag “#PLA will launch a series of targeted military operations” has been trending since it became clear that the US House Speaker will be visiting Taiwan.

While the aggressive military drills seem to be made to keep the public opinion satisfied, the CPC is trying to subtly rationalize the issue and dial down public opinion through some of its official propaganda channels. As the public opinion tried to turn the cross-strait issue into a Sino-US one, some pro-Chinese Communist Party commentators tried to dial down the matter, calling Taiwan just a “piece” in the “grand chess game”

An article published by the Communist Youth League talked about inflicting pain on those who stir the hornets’ nest of Taiwan but stressed that it is “far from the extent of letting the situation get out of control and causing China and the United States to completely embark on a military confrontation.”

However, the military might of the United States had already shown China its place in this so-called grand chess game, even as the visit made Indo-Pacific the new theatre of war with serious military ramifications for QUAD nations. In condemning Pelosi’s visit, China was joined by the usual suspects – Palestine, Syria, Iran, Russia, and Nicragua. Pakistan also chimed in on the issue by reaffirming its support for “one-China” policy. 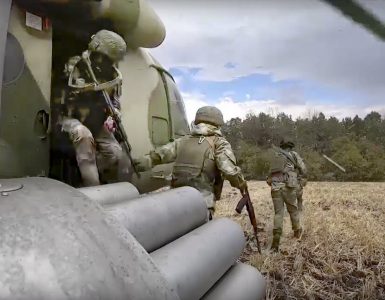