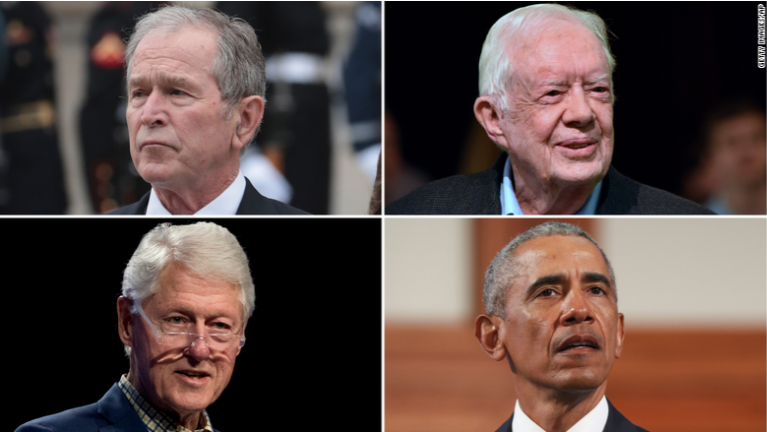 The event will mark the first time the couples will meet in person since Biden became president. The Carters did not attend Biden’s inauguration in January because of the coronavirus pandemic.
No other details about the stop in Plains were immediately made available.
Carter’s partner in the White House, former Vice President Walter Mondale, died last week in Minneapolis.
The Carters also took part in an ad campaign in March urging Americans to get the coronavirus vaccine when it is their turn. All other living former US presidents, besides Donald Trump, participated in the campaign.
The visit with the Carters will also be the first time Biden has met in-person with any former US president following Inauguration Day.
The White House had previously announced that the Bidens would attend a drive-in rally in Atlanta on Thursday to mark his 100th day in office.
The trip to Georgia, a state that helped Biden land the presidency and secured the Senate for Democrats, is part of what the administration is calling the “Getting America Back on Track” tour. The tour to different states across the country will highlight the President’s accomplishments and promote the administration’s ambitious economic legislative agenda.