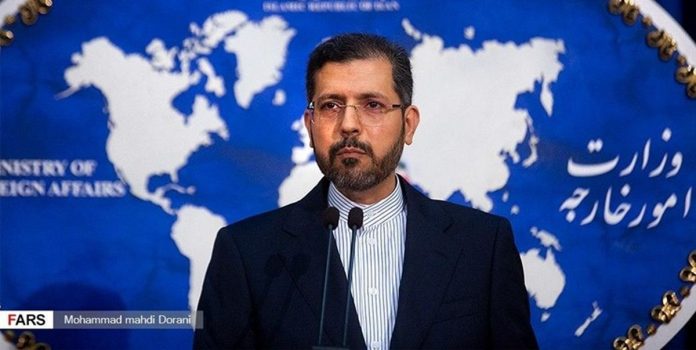 Iran’s Foreign Ministry spokesman expressed regret over the recent incident in which a Swiss diplomat died after falling off a high-rise in northern Tehran.

“After being informed of this tragic event, the Ministry of Foreign Affairs has been following up on the issue through legal authorities, including the police,” said Saeed Khatibzadeh.

He said the Ministry has been in contact with the Swiss Embassy in Tehran in the past few hours.

“As for the cause of the incident, we are awaiting the result of the investigation by competent authorities,” he added.

“The body of the deceased has been taken to the forensics lab for necessary examinations, and will be handed over to the Swiss Embassy in Tehran after the examinations are completed,” he noted.

Khatibzadeh said the Swiss ambassador to Tehran held meetings with relevant authorities at the Foreign Ministry today to exchange views on various aspects of the issue.

“Within the framework of the Vienna Convention on Diplomatic Relations, the Iranian Foreign Ministry will take all the required measures and provide any cooperation needed in this regard,” the spokesman noted.