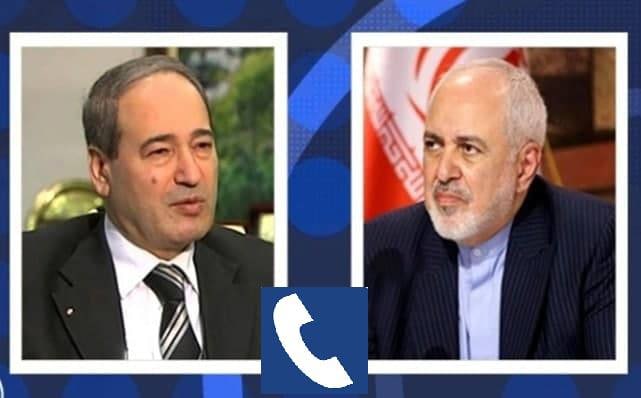 Iran, Syria Reiterate Support for Palestine ahead of Quds Day

During the Wednesday telephone conversation, Foreign Minister Zarif expressed Iran’s support for Syria’s territorial integrity and the sovereignty of the Syrian government, and underlined the necessity of respecting the country’s Constitution and the legitimacy of Syria’s presidential elections.

Foreign Minister Mekdad, in turn, presented a report on his country’s domestic situation, its preparedness to hold the presidential elections, and Syria’s relations with its neighbours.

He also invited the Iranian foreign minister to visit Syria, which was welcomed by Foreign Minister Zarif.

Regional issues including the developments of Iraq and Palestine, all-out fight against terrorism and the condemnation of the Zionist regime’s attacks against Syria, Palestine, and Lebanon were among other issues discussed in the phone call.

The two sides also pointed to the International Quds Day, and once again stressed their all-out support for the Palestinian nation.