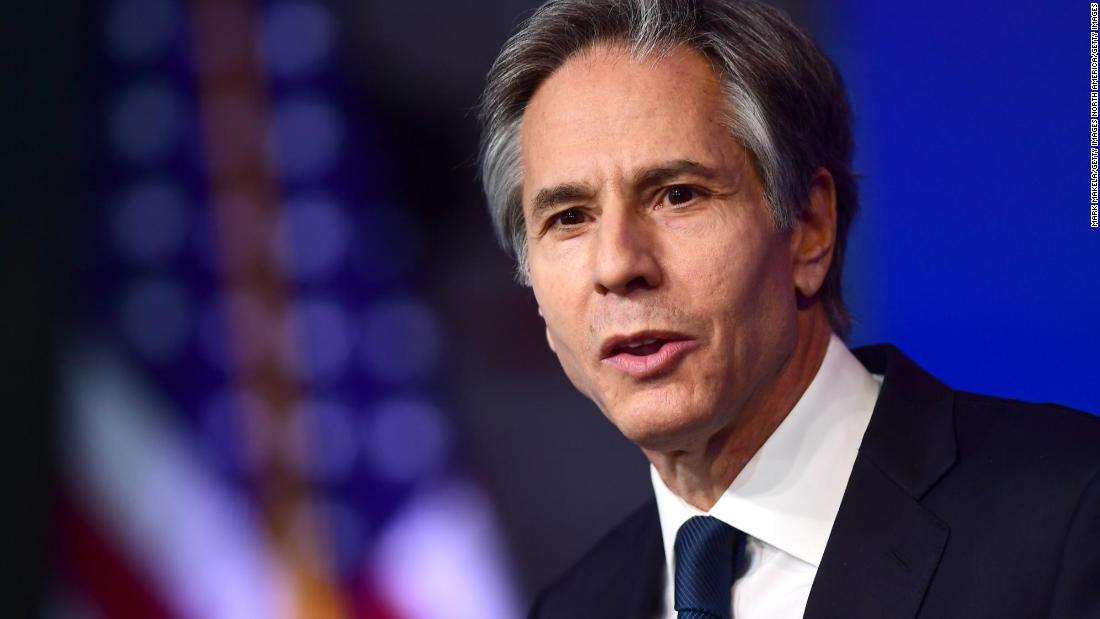 Blinken touched down in the Afghan capital less than 24 hours after the United States and the NATO coalition formally announced they would withdraw their troops from the country after nearly two decades.
In remarks during his meeting with Afghan President Ashraf Ghani, the top US diplomat said he “wanted to demonstrate, with my visit, the ongoing commitment of the United States to the Islamic Republic and the people of Afghanistan,” according to the press pool traveling with Blinken.
“The partnership is changing, but the partnership is enduring,” he said.
Ghani said that he respected the US decision and “are adjusting our priorities.”
Prior to that meeting, Blinken told US troops at the American embassy that the reason he was there “so quickly after the President’s speech last night is to demonstrate literally, by our presence, that we have an enduring, an ongoing commitment to Afghanistan.”
“What you and your predecessors did over the last 20 years is really extraordinary.”
President Joe Biden said Wednesday he would withdraw US troops from Afghanistan before September 11, the 20th anniversary of the terrorist attacks on the World Trade Center and the Pentagon that launched the war.
Biden said the withdrawal will begin on May 1, in line with an agreement President Donald Trump’s administration made with the Taliban. Some US troops will remain to protect American diplomats, though officials have declined to provide a precise number.
Biden said American diplomatic and humanitarian efforts will continue in Afghanistan and that the US will support peace efforts between the Afghan government and the Taliban. But he was unequivocal that two decades after it began, the Afghanistan War is ending.
This story has been updated with additional information.