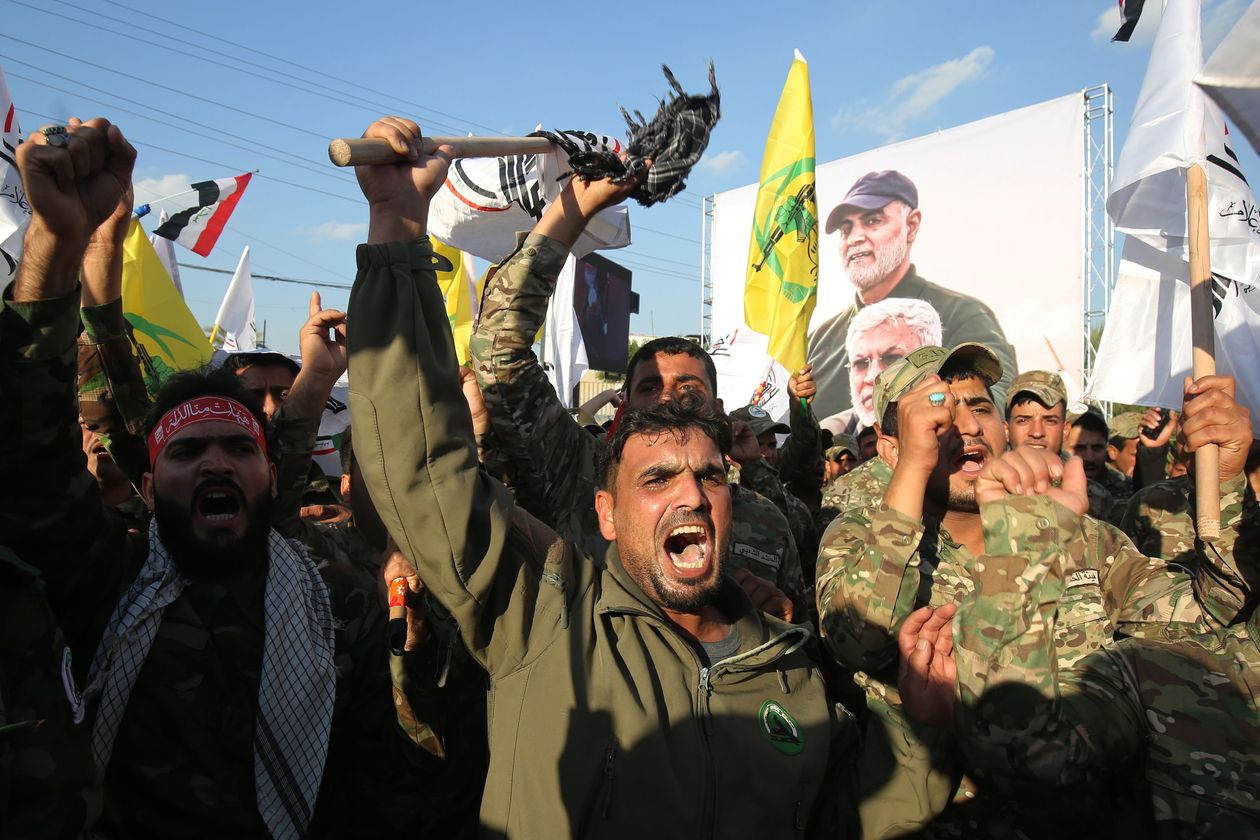 A Baghdad protest Wednesday marked the anniversary of the Jan. 3, 2020 killing of Iranian and Iraqi commanders in a U.S. drone strike.
PHOTO: AHMAD AL-RUBAYE/AGENCE FRANCE-PRESSE/GETTY IMAGES

The U.S. imposed sanctions Friday on a senior Iraqi official for his link to human-rights abuses by Iran-backed militias, as the Trump administration continues its campaign to isolate Tehran during the president’s final weeks in office.

The official, Faleh al-Fayyadh, is chairman of the Popular Mobilization Forces, an umbrella for several dozen Iraqi paramilitary groups including powerful factions with close ideological and operational ties to Tehran.

He is the most senior Iraqi official to be blacklisted by Washington, which has deployed sanctions in its efforts to curb Iran’s influence in Iraq and the region.

Weeks before the protests broke out, Mr. Fayyadh had been invited to Washington, where he met with then-Defense Secretary Mark Esper.